Firing up a new race season has always been an inimitable process for me, ever since I did my first duathlon back in February of 2011. This year I moved forward with my triathlon training fairly quickly, which I attribute to the numerous ups and downs that I had in December. I felt like a phoenix that was both gloriously fiery and spreading its wings clumsily to pick up fragments of a previously comfortable existence. I was broken inside in many ways, but stronger in both spirit and body. As you might expect, this made me both excited and uncertain about how my first race of this year would go.

Fortunately, I added a new secret weapon to my arsenal of training tools: allowing myself to be my own best supporter and encourager. 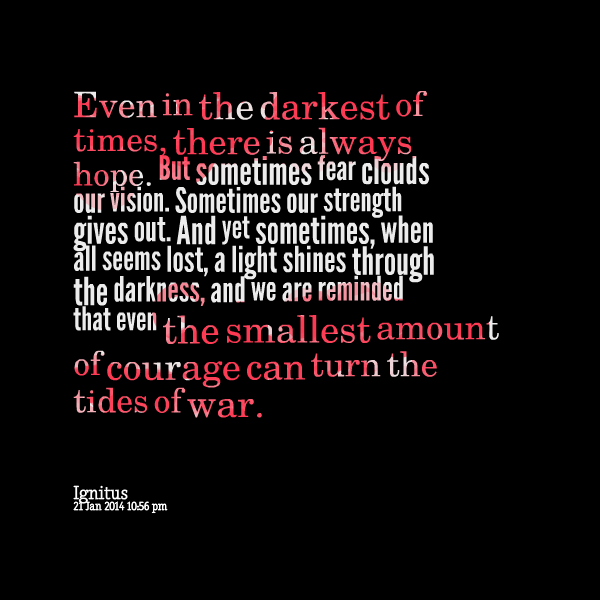 Graduation was a memorable and celebratory time, don’t get me wrong. It was also accompanied by my worst breakup thus far (being cheated on hurt me greatly) and a sense of instability, which didn’t really set in until a couple of weeks ago when my four job interviews seemed to be getting me nowhere. Despite all that, I was still aware of how much mastery I had over my own athletic training and goal setting.

So I took that control and ran with it – and I haven’t looked back since! When presented with the opportunity to receive a scholarship and attend our KMF Winter Training camp from February 16th through the 19th, I jumped on it with many ‘thank-yous’ and ‘I’m not worthy!’s (just kidding about that last one). I spent four days running, cycling, and swimming as my coaches analyzed everything from my stride length to my heart rate and lactate threshold. I gotta say, being placed under the microscope was a pretty cool experience.

It was with equal measures of personal pain and triumph that I went into the Cowtown Half Marathon, which I ran yesterday at 7:00 AM sharp in beautiful downtown Fort Worth. I was a first-time racer at this event, a fact even my race bib had written across its purple front. I arrived at the packet pickup and expo on Friday by myself – and spent the majority of my drive before and after reflecting on how it felt to be on my own. No loving partner, no immediate family members, just me. 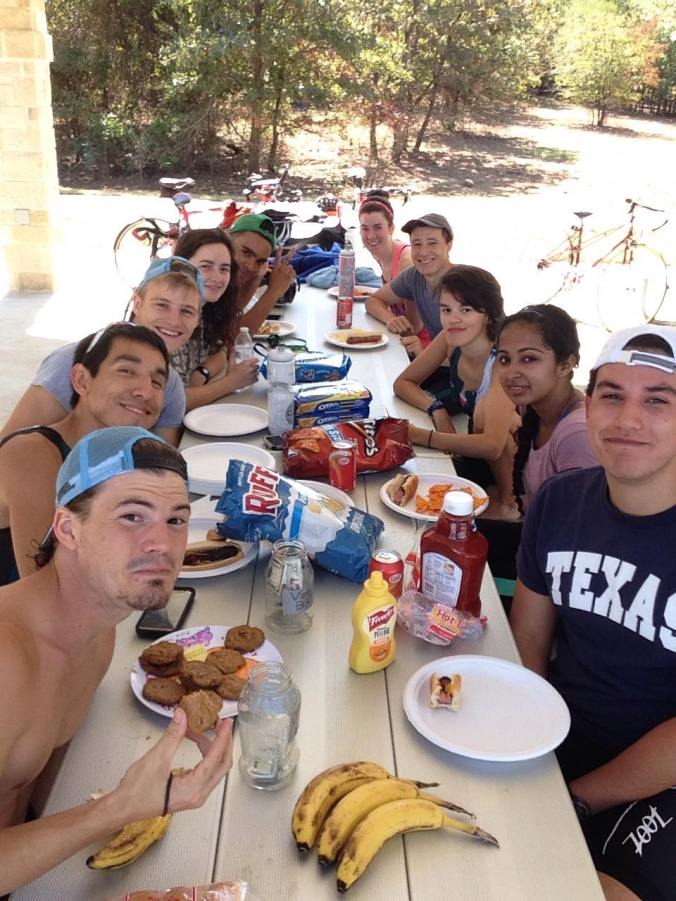 I wanted so badly to feel this much companionship. Then I remembered: they’re always with me!

Yes, there was existential dread. Yes, I fell back on old and silly mistaken beliefs about how many things could go wrong, especially without being in the immediate company of my teammates. So in order to tackle this existentialism head on, I did what my three-and-a-half years of grad school helped me learn how to do: I became mindfully accepting.

These are some of the thoughts I had:

This sucks. I have no one to talk with,  no one to share in the excitement of the race expo with.

That’s okay; I’m happy in just my own company. Sometimes I forget that I have my own validating presence.

This race is going to be awesome. I’ve never done it before! The energy is so positive here.

Then came race day. I got up at 5:00 AM sharp, had a slice of french toast with honey and butter, along with an egg, and grabbed my race bag before starting the 43-mile drive from Denton to the race site. I felt alert and fresh. My training was already paying dividends, and I believed it would be no different out on the course.

I was right. I packed well and had just the right number of layers on for the chilly 39 degree morning. I got to corral 2 with 10 minutes to spare, and before I knew it, we were herding ourselves up to the starting line. The flow came easily as I began to run.

Everything worked. My body was responsive to every hill and gust of wind. I felt extremely comfortable in my new pair of Zoot Ultra Kiawe 2.0 running shoes, which I’d been breaking in for the past two weeks. I had my usual playlist on, and the rhythmic beat of Deftones and Minus the Bear kept me sharp. I was content in my own body and mind, and as a result, my body was 100% okay with me pushing it. So I did. 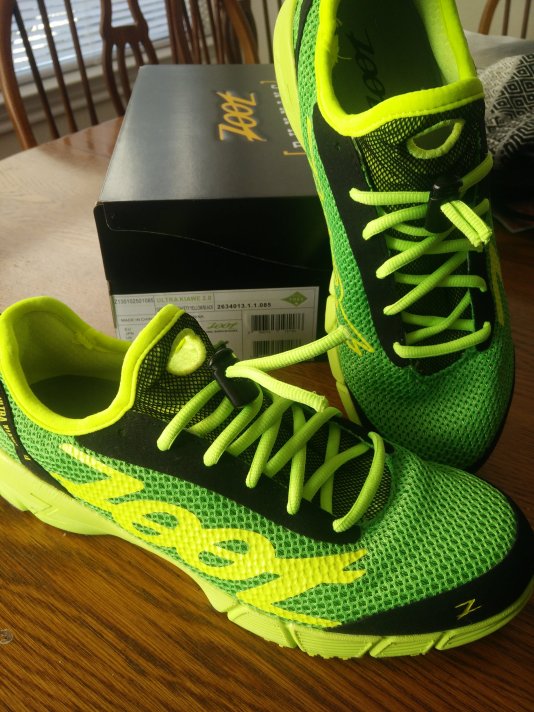 I could not be happier with my results. I finished those 13.1 miles in 1:43:43. My only performance-related goal going in to the Cowtown was to decrease my mile splits by around 10 seconds every single mile. That’s exactly what I did! I’m especially thrilled that I ran my last two miles at a 6:59 and 6:02 pace, respectively. And all I had to do was channel my love for this sport and my sense of camaraderie that I’ve gathered over the last five years. 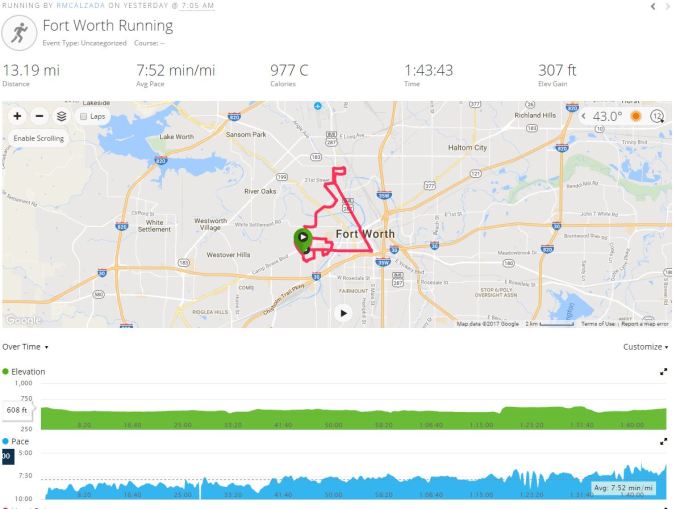 There is so much that I took away from this Half-Marathon, from the energy of the crowds to a stronger sense of self-efficacy. This is a brutal sport, but I’ve faced many brutal obstacles already. I ran with a fire in my heart and a joy in my spirit for all of us runners – and I can’t wait to do the exact same thing in my next race. 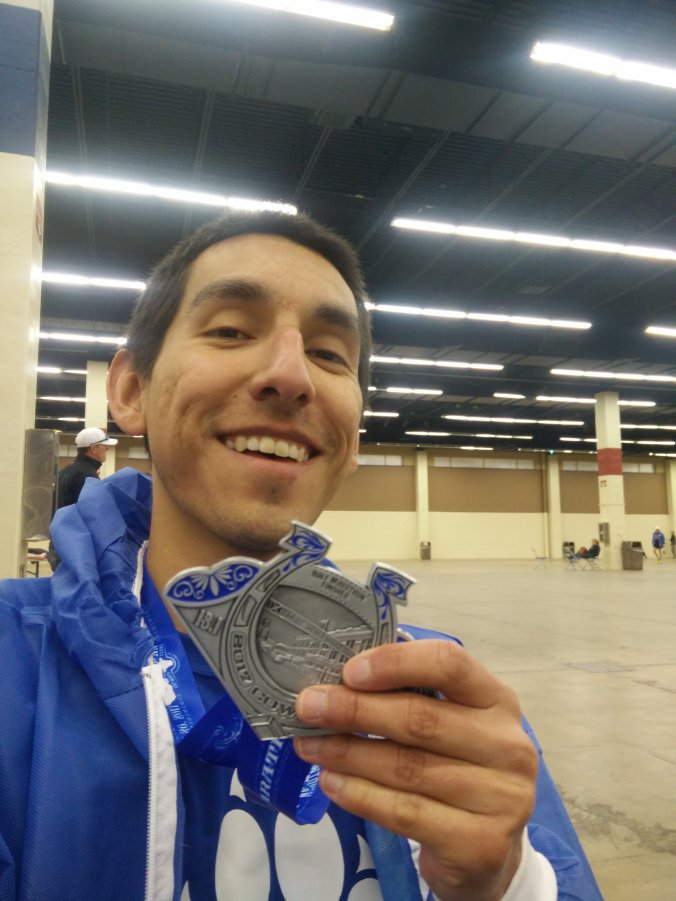