¡Buenas tardes! We’re right in the midst of a new week, and for some of us that means getting back into the rhythm of work, self-care, and all the usual adult responsibilities. My hope is that, no matter how busy your schedule gets, you can still find time to get your creative writing and blogging in.

The middle of one’s story is often the most challenging part to pen, let alone refine. I touched on the archetypal three-act structure that we’re all familiar with in my “Lessons to Practice #9.” After the initial thrill of opening your story, introducing your protagonist and secondary characters, and giving us a taste of your world, it’s easy to lapse and commit a few errors. What exactly makes act two tricky?

The Middle Act: Not a No-Man’s Land

Coming down from the high of writing your first act is perhaps the biggest reason why working through act two can feel like such a chore. It’s the writer’s limbo, a place in which neither the glory of the act one’s opening nor the finality of act three belong. Therefore, it’s all too easy for us as writers to neglect our middle act, and the biggest pitfall can be well summarized in Paula Munier’s own words from her book, Plot Perfect: “Not enough happens.”

Act two doesn’t have to be dull, however. The trick is to add layers to the following:

The joy of act one lies in you bringing your characters to life. Introducing them usually feels easy enough in the first few chapters; you convey their voice, initial goals, and personality traits. However, once the introductions and action of the first act have died down, it’s time for you to really get to work on back story, motives, and goals.

Think of Charlie revealing to Sam how his friend Michael shot himself just a year ago in The Perks of Being a Wallflower, or Dom Cobb explaining to Ariadne how thought insertion backfired with his wife, Mal, in the film Inception. Both of these scenes are pivotal to their respective medium’s act two, in that they expound upon the character’s motives and skills while also helping the audience become more immersed in the story.

Act one may be for getting the main story arc across to your readers, but act two is where you really need to dive deep into the nitty-gritty of subplots. Does your main character love someone? Be sure to expound upon those details in the middle of your story. Could your plot stand to have the tension level ratcheted up a notch or two? Consider killing off an important character or thrusting your main character into a new and even more harrowing situation.

In my experience, I’ve found that there are better ways to bulk up your subplots than just by using flashbacks. Other techniques which may better suit you include the following:

Bulking up Your Themes

Theme is the lifeblood of your work. It’s what you want your readers to walk away with long after they’ve set your book down for the last time. A great way to become familiar with your own themes is to create a bubble chart on theme. List the ideas that come to mind as you reflect on what your story is really about. Some common themes include:

Whatever your themes are, know that your readers want to get a feel for your take-home message, rather than be told outright what your story is really about. Character dialogue, actions, and goals are all excellent ways to convey your themes with just enough subtly and prowess.

Pulling it all Together: The Golden Compass

My case example is The Golden Compass, the stunning and mystical first book in Philip Pullman’s His Dark Materials trilogy. The heroine of the story, Lyra Belacqua, is quickly established as a brash, headstrong, and caring young girl. Accompanied by her shapeshifting dæmon, Pantalaimon, Lyra becomes enmeshed in a web of plots involving Dust, a bridge to other realms beyond the stars, and her brilliant but ruthless mother, Mrs. Coulter. It’s a soul-stirring fantasy epic which touches upon themes of religious dogma, youthful innocence, and the family ties that bind.

Act one of The Golden Compass gets off to a roaring good start, complete with a failed assassination attempt on Lyra’s uncle, Lord Asriel (what a good waste of Tokay…) and the introduction of the cunning Gobblers, who aim to kidnap poor and forgotten children and take them to a complex in the arctic region of Svalbard.  However, Pullman deftly keeps the plot moving forward at a breakneck pace in act two. He does so by doing the following: 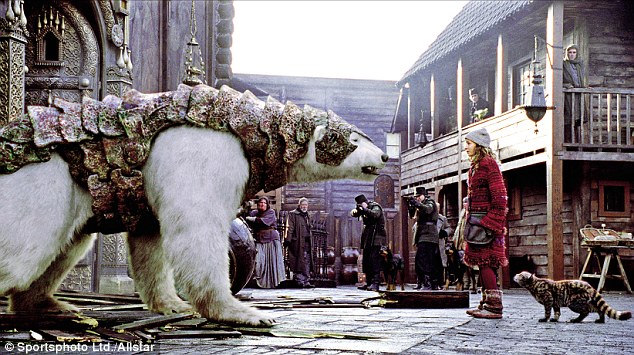 As you can see, Pullman spares no expense in his second act. Continual character development, thematic exploration, and new plot points all keep his story from sinking into dangerously boring territory. You can do the same for your story!

Thank you for taking the time to read my latest blog post. How do you handle writing your act two? Do you find certain parts to be frustrating or unusually easy? Let’s get to conversing!