Happy hot summer evening, everyone! Thanks for choosing to stop by my blog and see what my latest fiction is all about. Every Thursday night, I post one chapter from my newest novel, The Swarm and the Flyer, for your enjoyment and feedback. What’s it about? Think of it as Call Me by Your Name meets Stephen King’s The Stand, with a dash of Prey, by Michael Crichton, thrown in for good measure. Not sure if you’re interested yet? Then please feel free to check out my elevator pitch down below.

After losing his father and being cheated on by his boyfriend, Rayland Mark Calderón must try to escape the Swarm, a flock of cloud-like creatures that have wiped out much of the human race with their deadly sonic wave attacks. Separated from the rest of his family, Rayland avers to journey 176 miles across Texas to find them. The only problem is, Rayland is outrunning the Swarm alongside Josiah Knect, his last living teammate and an acro yogi who can’t return Rayland’s romantic feelings, even if Rayland can help Josiah reunite with his deeply religious family. 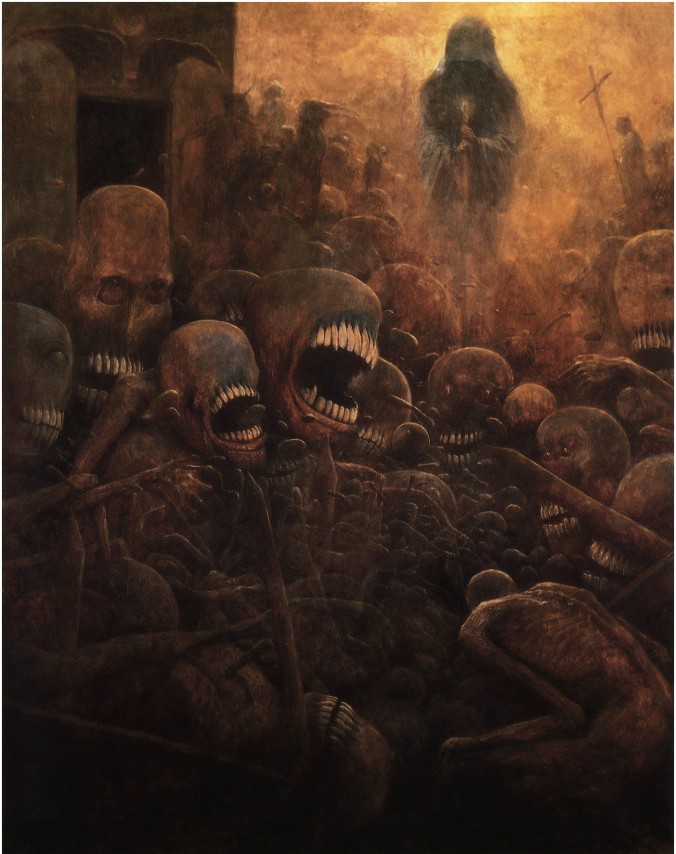 It rains all day, from the time that I wake up in the morning to the time that Josiah and I open the back door leading to the patio deck, both of us dying to get some fresh air into the Tri House. Even when we’re not speaking, Josiah and I are channeling the same thought: We can’t ride to the semi, not when it’s pouring outside like this.

“Damn mother nature,” I mutter, propping my bare feet up on the built-in bench next to the back door before I lean back in my chair. Next to me, Josiah leans forward in his seat before taking a swig of water.

In between us, Thunder lets out a sigh and watches the rain splash across the wood deck.

Josiah sets his water bottle down, then throws his arm around me and gives me one final hug. “Let’s focus on what we can do now,” he says, and my the muscles in the back of my neck loosen up. He’s always been this touchy, but…

Another thunderclap shakes the roof of the Tri House. A silent prayer for the storm to pass before sundown seems to be in order.

We walk to the door of the master bedroom, which is shut. Has been all this time, ever since Adam and his sister walked out on me. I tighten my knuckles. The inside of my mouth seems to sprout cotton. Thunder is chewing on a squishy green toy bone in the corner of the dining room now, and he stops, his head at attention as he watches me and Josiah do this whole grief dance again. Lightning strikes somewhere nearby, the rain slicing down across the house now before the flash nearly blinds us.

I gulp, raise my hand, and start to push through the door to the only bedroom on the first floor.

“Take your time,” Josiah tells me, his eyes on my hand. I can feel him searching me, his expression as steady as the first time he had popped me into reverse throne from a standing position during my second acro yoga jam. That shit was scary, but going back into the master bedroom…it’s a fear far worse than falling on my face during acro.

I step forward until the door swings open. There are no dead bodies, no broken furniture or shattered windows. On the contrary, everything is neat and organized, just like when we first entered the Tri House. The deep cherry wood bed frame stands tall and sturdy, its posts having lost their sheen weeks ago. The comforter on top is neatly made, and the pillows are upright and rest against the headboard of the sleigh bed. I let my eyes adjust to the dark, then keep an eye on the thick curtains draped over the windows, my primal brain telling me to be afraid of what could be behind them, out there in the deluge. I shake it off and pan my line of vision across the room, then down to meet Adam’s duffel bag, which is still waiting for me on the bed.

“Lights,” Josiah murmurs, striding over to the curtains before he throws them open. The muted sunlight spills in and floods us and the pictures on the wall. It’s the same couple from the pictures on the mantelpiece, only this time they’re wearing life jackets and hanging off the edge of a boat. Josiah walks up close and studies their carefree smiles, then shakes his head once, his sigh hefty. Is he thinking of our last team outing, the time we’d gone with our coach and nine of our teammates out onto Lake Ray Roberts?

I turn to my left and step through the double doors to the master bathroom, where Tim and Kim’s stuff once lined the granite counter around the double sinks. The mid-afternoon sun finds a brief break to shine before it’s swallowed up by purple clouds once more. More rain spatters against the window over the bathtub. Still, the dim light is just enough to illuminate the three paper maps plastered onto the mirror before me. Even though I try not to lock the muscles in my thighs, my steps are still as wobbly as those of a newborn fawn.

I move up to the vanity, where only two empty toothbrush holders and a charging station for a men’s electric razor remain. The three maps stretched across the mirrors are of Texas, New Mexico, and Oklahoma, the borders stuck together neatly with electrical tape. Someone took a red Sharpie and drew three arrows: paths leading north and south out of town, the safest routes through the back roads that snake out of Denton from 288 to 428, where the Denton natatorium stands out among acres of green ranch land and the occasional farmhouse. Dozens of red X’s line the countryside to the north of us. No man’s land.

“Here,” Josiah says, appearing next to me and raising his finger. A big red circle is drawn around the town of Argyle, Texas, which is almost nine miles south of Denton. WHERE THE RADIO MESSAGES ARE COMING FROM is scribbled above the circle.

I tap my front teeth gently with the knuckle of my index finger, watching as Josiah leans in and studies the center of the circle. “Whoever drew this was getting messages from someone in Argyle,” he says, his eyes flaring as much as his nostrils. “Could be my parents.”

“All the more reason for us to make the trip,” I say. “I’m just worried about the roads leading back to your place.” I step forward and tap my index finger to several red X’s that are marked over 307 and the intersection of Justin and Copper Canyon Road. “These are close to your house.”

“Super close,” Josiah says, his eyes going out of focus. “Those X’s don’t bode well for us…But maybe we can get around whatever it is that’s there.” Another gust of rain-laced wind hammers the walls of the Tri House. Thunder trails in behind us and lets out a worried whimper.

Focus on the maps, follow in their footsteps. That’s how you’ll help Josiah get back to his family. How you’ll find your mom and sister, too.

A sharp ringing pierces my ears, and I instantly jam the tip of my index finger into my ear canal. The itch that I can’t quite reach forces my shoulders to spaz out, and I turn to Josiah to see if he’s hearing that same ungodly whine. But he only studies me out of concern, and before I can shake my head a second time, the noise is gone. Outside the window, there are only the surging thunderclouds and the rustle of the great pine tree’s lowest branches. No shapeshifting forms, no fast-moving clouds that glimmer like tornadoes filled with bits of metal shards.

At least for now.

For those who have made it here, you have my immense gratitude! Please join me next week as Josiah and Rayland gear up for their run to the semi truck holding their best hope for survival yet: a working CB radio.