“A monster lies in wait in me,

A stew of wounds and misery,

But fiercer still in life and limb,

The me that lies in wait in him.”

Dark speculative fiction sometimes demands a dark protagonist. Not just one with vices and virtues, but rather, somebody who you can see both active good and evil in at all times. That’s my hope for Rayland Mark Calderón, the brokenhearted and bitter — but empathetic — protagonist of my latest novel, The Swarm and the Flyer. As this quote by Clive Barker illustrates, the most threatening beast can usually be found within us. Its presence alone is enough to push us towards redemption and growth — or utter chaos and self-destruction. What will happen to Rayland? In the end, I hope you’ll be with me to find out. 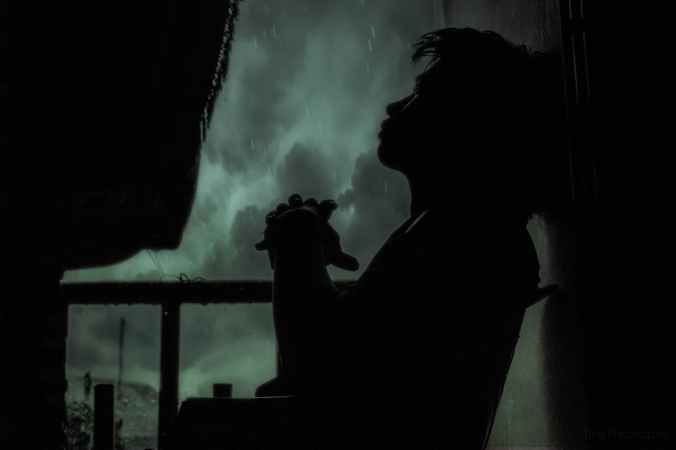 Photo by Pixabay on Pexels.com

This is the second part of chapter 7 of my current WIP, The Swarm and the Flyer. I hope that my first post-apocalyptic story, which includes elements of gay romance and horror, catches your interest. Here’s the link to part one of chapter 7. As always, your feedback, comments, and ideas are always welcome. 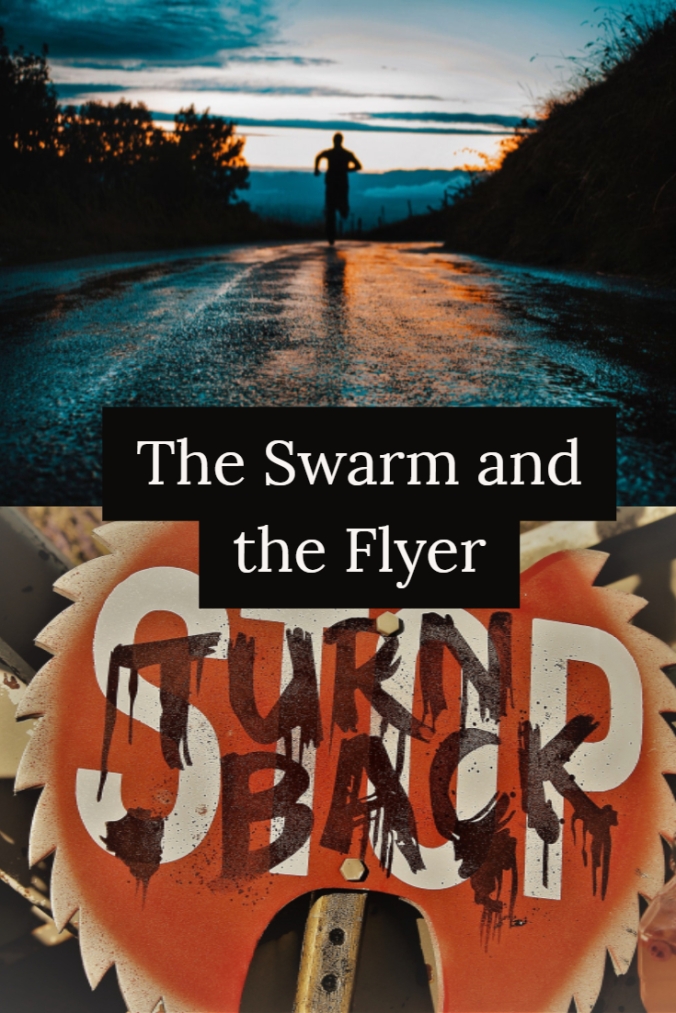 Dad, why do people learn how to shoot?

I’m staring out the broken passenger window of Josiah’s SUV, my revolver in the side slot of the door. Wind rushes over my face and long hair. I wonder where that memory of me as a kid even came from, now that we’re on the road to the Argyle Fire Station and, Josiah hopes, his family.

“Barring any serious roadblocks,” he says over the rush of wind flooding into his car, “I’m hoping we can get to the fire station in an hour, maybe an hour and a half.” Josiah’s eyes are saucers, probably from the shock of actually being out in the open world again. Trees stand lopsided in the torn up yard to our right, though most of their branches have been snapped off and scattered across the dead grass. The last two houses we pass are hollow, their broken windows staring out at us with tired glances. There are shards of metal and broken glass still lining Colorado Boulevard, which is the first main road we turn onto once we’re out of the neighborhood.

My stomach flips in on itself. If it wasn’t for the fog, would we still be able to see the wrecked DART train behind us? Or did the Swarm take it all away the day that they killed our teammates?

I swallow and rip my eyes away from the rearview. “Either way,” I mutter, “we’re prepared.”

Prepared? The dead bodies and crumpled cars that Josiah has to maneuver around seem to laugh at me without a sound. Jesus, Rayland, you just got out into the real world after six weeks. Don’t start acting like you’re invincible, for chrissakes.

Josiah takes one last look at the rearview before he gives his SUV more gas. It rattles and groans. We had agreed before leaving the Tri House that I’d be our watchman. So I keep my eyes peeled, using the pair of binoculars we’d found in one of the houses we’d raided last week to scope out the road ahead. But there’s only the stillness of wreckage and human life long since wiped out.

“Red light up ahead,” I say, lowering the binoculars before putting on my best grin. Josiah’s quick and effortless laughter is much appreciated, and I let my smile linger even after we pass through the three-way intersection. Thunder keeps right on running around in the back, his tongue lolling out while he savors the air funneling in through our open windows. He does his best not to trip over our stacked bikes and luggage.

The sun comes out, peeking at first from behind its shield of clouds before announcing itself outright once we turn onto 280. Josiah has to nose his way through lines of cars that are backed up, but he’s not afraid to knock a few bumpers. Eventually he has to jump the sidewalk, the frame of his SUV screeching out of resentment. I set the binoculars aside and stare out at the mall to my right. Those once brightly lit hallways and stores are now ghost towns. All that’s left on the outside are shattered windows, busted up cars — but no bodies. Not one.

Then I pivot in my seat and look back. There’s a splotch of deep red still visible on both headrests of the lowered seats. The nerves in my stomach crawl, and I have to fight not to close my eyes. I know that if I do, Brandon and Ashley will be there in the backseat, their heads slumped over and blood splattered across their faces and UNT tri shirts.

“I know you did everything you could,” I say, turning so that I can just see Josiah’s expression out of the corner of my eye. His shoulders stiffen, but I keep going. “It’s not your fault. What happened to our teammates.”

“That’s what I keep trying to tell myself.” Josiah is gentle with himself and keeps his hands loose on the steering wheel. How could he have protected our teammates when the Swarm were bearing down on them? When we were trapped in our line of cars and watching those living clouds spiral towards us, all of us sure that we were going to die less than two blocks from the Tri House?

For a second, I think Josiah might start to open up to me about losing our friends that day. Instead, he guides his SUV onto the bare dirt path marked off with construction cones in the right lane, which, thankfully, the drivers before us hadn’t thought to use. I watch Josiah, but he keeps his mouth shut. So I turn and rest my head against the window, watching as we pass a charred building that once used to be a local coffee shop.

“I feel guilty, too,” I say in a hoarse voice, determined not to let Josiah lose himself in his guilt. “Just know that you saved lives that day. I think that Brandon, Ashley, Rich, all of them, would have wanted us to believe that we did our best.”

Even though we both know I’m including myself in those lives that he helped save.

Josiah flashes me a quick thankful look before refocusing. “I just hope they found peace. Going back…” Here Josiah pauses to blink, tears forming in his eyes. “…Going back for the people I care about is the most important thing to me. It’s how my parents raised me.” He reaches over and uncaps his bottle of water before taking a few deep gulps. When I offer him a tissue, he half smiles and thanks me, then takes it before dabbing at his eyes.

The sideways look Josiah casts me is both curious and prying. I smile and clear my throat, then look down at my lap. “I know, I know…you still wanna know my rescue plan for my mom and sister.”

“Dude, yes,” he says with his usual measure of eagerness. “Not if, but when, you get ahold of them again. They were in Temple the last time you’d heard from them, right?”

I look up when shadows drift out of the wall of fog ahead of us. My nerves fire into overdrive before I realize what I’m seeing: over half a dozen military vehicles, all of them jammed at the intersection of I-35 and 280. Both of us lean closer to the dash, our mouths rolling open almost in unison. There are no less than ten Jeeps, Humvees, and military trucks, all nose to nose in a makeshift barricade across the underpass.

“Yeah,” I say, dropping my binoculars before I reach for the revolver and grip it. “Last time I heard.”

That’s it for chapter 7! I’ll be back next Thursday with more material. Until then, take care, and keep your writing game strong 🙂