Welcome back to my weekly writing series, in which I publish chapters from my current and first horror WIP, The Swarm and the Flyer. This will be my second-to-last chapter post for this series, after which I will return to editing my two current novels and building my writing network through blogging. I look forward to staying in the world of death, decay, and darkness for just a little while longer, all in the name of cathartic storytelling. 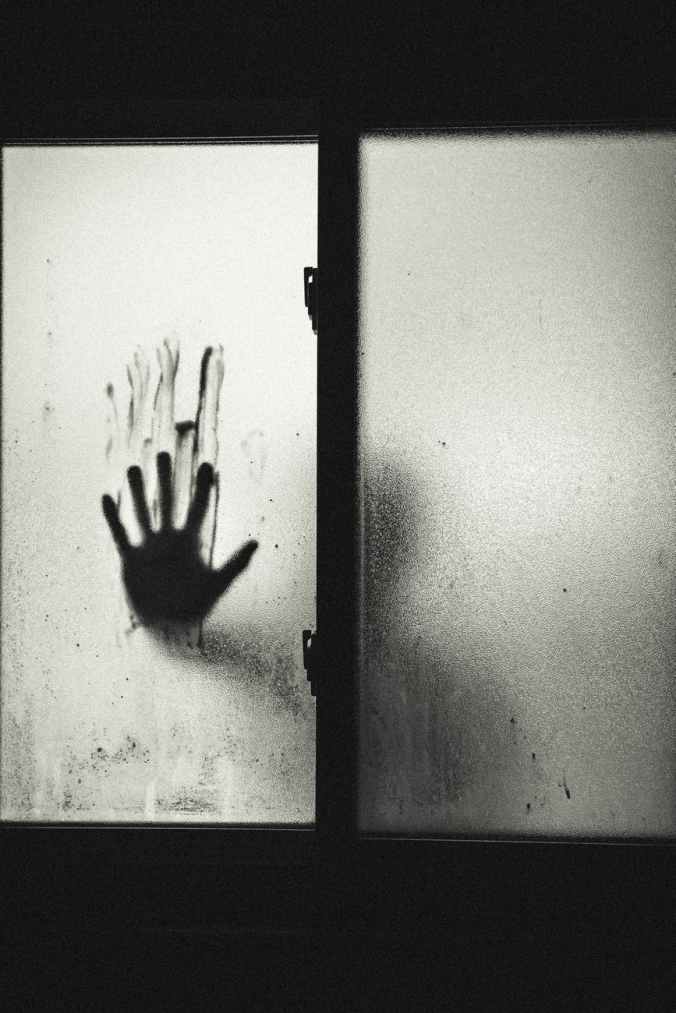 Photo by Tookapic on Pexels.com

What is my goal for this series? To not only garner interest and feedback for this novel, but to also connect with other writers, editors, and agents who are eager to revive the horror/post-apocalyptic genre. If you have, like me, grown dissatisfied with the latest clichés and predictable plot points that have oversaturated the market for horror and speculative fiction, then this series may just be for you.

How can you help me reach my goal? Simply put, your readership is invaluable to me. Any comments, thoughts, or ideas you have matter, and I would be delighted to hear your feedback. As any wise writer will tell you, it takes both high praise and harsh criticism in order to grow and succeed as an author.

Here’s a quick elevator pitch for The Swarm and the Flyer:

After losing his father and being cheated on by his boyfriend, Rayland Mark Calderón must try to escape the Swarm, a flock of cloud-like creatures that have wiped out much of the human race with their deadly sonic wave attacks. Separated from the rest of his family, Rayland avers to journey 176 miles across Texas to find them. The only problem is, Rayland is outrunning the Swarm alongside Josiah Knect, his last living teammate and an acro yogi who can’t return Rayland’s romantic feelings, even if Rayland can help Josiah reunite with his own deeply religious family.

If you’d like to start this horror odyssey of mine from the very beginning, you can find chapter one posted here.

The cold unyielding press of the revolver barrel against my hip makes me feel like I’m sticking myself up. I do my best to ignore it, slide off my bike, and stare the stranger down.

Josiah and I keep close enough to the side of this two-lane FM road, even though Thunder is still barking like crazy at Reg Alteo. The noise sends up a murmuration of birds, which scatter from the tree line that flanks the Old Alton running trails. Reg doesn’t move. His figure is washed out by shadows. Tree branches are meshed together above him.

“Easy boy,” he says at last, staring Thunder down.

There’s a thin streak of black on the concrete at my feet. A trace of residual shock from when Josiah had braked hard and skid on his back wheel. The worn notes of pine and hay that were playing around my nose all evaporate, now that it’s no longer just the three of us.

I gulp down air that’s swollen and earthen before shaking my head. Holy shit. Another living person.

“We’re armed,” I blurt, my voice carrying across what feels like acres of farmland. “Just a heads up.”

My CHL training was top notch, and one of the first things the instructor taught us was when to announce that you were carrying. Short answer: always.

The weight of my announcement shows now as Reg, a somewhat muscular guy who looks like he’s in his late thirties, stiffens. His eyes dart to Josiah, then back to me, the birds now disappearing over the woods around Hickory Creek. The driveway behind Reg is dark, the bushes on either side laced together like bony fingers. He stands tall next to a lopsided brick mailbox, one that looks like it stood its ground against an oncoming truck and lost.

“Good, thanks for letting me know.” Reg opens his jacket so that I can see the holster at his side. A pistol. “Just to be transparent, too.”

“Thunder, c’mere, boy,” I say, snapping my fingers. Thunder makes one last lunge at Reg before spinning around and trotting back to me. I rub the top of his head but keep my eyes on Reg the whole time. Though there’s a few feet of space between us and him, my gut is telling me not to get any closer. The line where concrete meets gravel is clear as day.

“Hey there, I’m Josiah,” Josiah says, backing up so that our bikes are in single file. “I’m unarmed.”

I almost roll my eyes before staring at my friend’s curly head, wondering what the hell’s going on inside it. Josiah keeps his gaze level. His impression of confidence, I guess. Reg purses his lower lip and cracks a smile. Even when we’re a split second away from a standoff, here Josiah is, still relying on chipper introductions to try and defuse the situation.

Reg’s smile melts. “You two didn’t see the signs back down there by Goatman’s Bridge?” He uncurls his fist and points to the sharp downhill slope leading back toward Denton. “We put them there for a reason.”

Before I can ask Reg what reason he had for making a car barricade, Josiah speaks up.

“We did. But Rayland and I decided to take a chance and keep going. I live about another two miles south of here. I’m looking for my family.” Josiah lowers his head and half slumps over his handlebars. “I haven’t heard from them since this all went down. I don’t know if they’re…”

Reg’s face softens. He shakes his head and looks past us at the sprawling city line. “It’s a damn tragedy. This whole end of days.” Then he rests his hand on his holster and nods to Josiah. “What’s your last name?”

“Knect,” Josiah replies, blinking a couple of times. Reg grunts and stares down at a point on the cracked road, his eyes searching. Josiah glances my way, but I just shake my head ever so slightly. My hand hovers next to the side pocket of my tri bag where my revolver is stashed.

Even if Reg isn’t playing things too cool, there’s still something off with him. Maybe it’s the grey of his eyes, or the fact that he doesn’t have any bags beneath them. His jacket fits snug on his body, too. He’s well fed, so he must have supplies. And he said “We,” so he has a group.

A single bead of sweat runs down my temple. But then, why’s he out here by himself? And why does he look so…vacant?

“Knect. Josiah Knect,” Reg says, his words smoother than yarn being unstrung. His face brightens before he reaches for the walkie-talkie clipped to his belt. My trigger finger twitches. “Now, this is a miracle. I think they’re the ones my group just came across, alive. They live in the Canyon Oaks subdivision?”

Josiah starts forward with a jerk of his arms. “You found them?! Are they okay?”

Reg holds his hands up. “I’m pretty sure.” A sigh of relief snuffs itself out in my throat. I swallow and, lowering my hand from my bag, roll a little closer to Reg. “Why aren’t you with your people?” I ask.

Reg leans against what remains of the mailbox. He squeezes his nostrils between his thumb and index finger, then speaks. “I scout ahead alone for my group sometimes.” He dips his chin so that his eyes hone in on only me. “We’re not the only ones out here.”

Is he talking about just Josiah’s family, or does he know about the cops, too? I do my best to rein in my surprised look, but it doesn’t matter. Reg is staring back at the horizon over Denton and unclipping his walkie-talkie. He presses the PTT button. “It’s me. What’s the name of that family that you all are with?”

Both Josiah and I lean in now. Thunder lets out another low yap and slinks behind my bike. Another breeze stirs what remains of a barbed wire fence and the overgrown grass flooding the ditch that’s just a few feet away from us.

The voice that comes through is light and unsteady for a guy. “They’re the Knect family,” he says to Reg, “Michael and Lisa Knect. And their son and daughter.”

Something in me sprouts wings and soars for the ash grey sky. “Oh, thank you God,” Josiah cries. He throws his leg back over his bike before looking to Reg. “Tell them Rayland and I can be there in twenty minutes. Please.”

Though I want to tell Josiah not to share much more with this guy, Reg slowly spins around and starts walking back up the driveway like we’ve faded out of his awareness. He lowers his voice, telling the guy on the other end of the line something I can barely make out: “…Evan, keep Bob low key…He and the boys need to hold off…”

Not two seconds later, Reg about-faces back to us, his expression soft and easygoing. “Good. Alright, Evan,” he booms. “You just stay with the Knects at their home. I’ll send Josiah and his buddy up the road.” Reg squints up at the canopy of trees branches. “Be ready to move out. The Swarm could be close.”

“Copy that, Reg,” Evan replies. Reg switches his walkie-talkie off and saunters back over to the main road. There are wheels turning behind his eyes. “Your family’s fine. Looks like you have a lot to be thankful for.” Reg’s words are hard and drive into us. I prop my foot on my pedal.

“What about you?” Reg grunts at me. “Got any family around, Rayland?”

With a slow and pained shake of my head, I say, “No, not anywhere close. I think my mom and sister are still holding out in Temple –”

“Temple, Texas,” Reg says, his voice thoughtful even as he cuts me off. He tips his head in the direction of Josiah’s house, motioning to where Copper Canyon meets East Hickory Road just around the short bend ahead of us. “My people and I will probably head down that direction before long. We’ve a lot of ground to cover.” He lowers his head ever so slightly. “A lot of people to try and find.”

Josiah keeps looking down the road and biting his lip. Reg throws up his hand and drives the toe box of his boot into the gravel. “You all should get going,” he says, “I don’t mean to keep you from your family, Josiah.” He tips his head at me. “Or you, Rayland.”

“Thanks,” I say, trying to get rid of the cotton that’s lining my throat. I leash Thunder for the third time today and kick off. Josiah does the same, his breath coming fast now as our wheels begin to whistle against the wind.

We ride. The cold in my bones swirls and grips me, even after I start pedaling harder to get the hell away from Reg.

“Ya’ll be careful,” he calls out before we can cross the train tracks. “There’s a couple of dangerous cops out there.”

The sharp thud in my chest almost throws me off balance. Josiah and I lock eyes before he waves back to Reg and tells him that we will.

The question that claws at my mind is a simple one, but it still drags my spirit down: Who can we trust, Reg and his group, or those two cops?

Part two of chapter 9 will be up next Thursday! Thanks for stopping by and checking out The Swarm and the Flyer. If you have any horror and/or speculative stories of your own, I would love to read them and give you my feedback.

Until next week! Take care all ye fellow writers and bloggers.